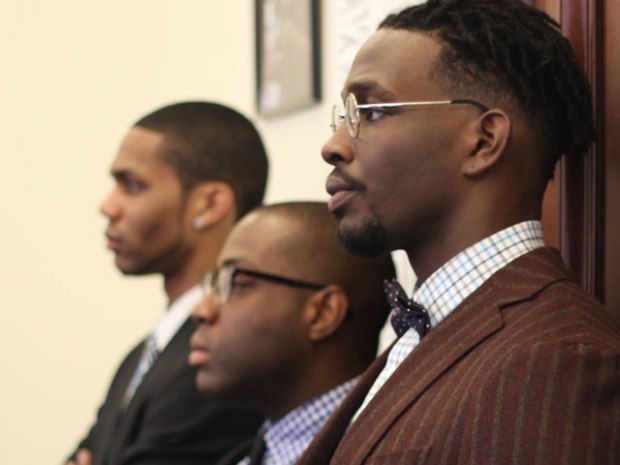 It was 2003 and LGBT advocates were celebrating a moment in history: the Supreme Judicial Court of Massachusetts ruled that a ban on same-sex marriage was unconstitutional.

The next year, it would be legalized, and the movement was aflutter with excitement and hope for the future. However, just like today, not everyone was happy with the court’s decision.

“During that time, many prominent African American pastors and ministers came out publicly against the expansion of marriage to same-sex couples, fostering the narrative that the African American community was homophobic,” said Sharon J. Lettman-Hicks, the executive director and CEO of the National Black Justice Coalition (NBJC).

With that, major leaders in the black LGBT community wanted to make a change, with the goal to change the hearts and minds of the black community as well as their perception to others. So, on Dec. 8, 2003, the NBJC was founded.

According to a Gallup poll in 2012, 4.6 percent of black people polled identified as LGBT – more than 1 million people – compared to 3.2 percent of whites, 4 percent of Hispanics, and 4.3 percent of Asians polled.

Within the LGBT population, 19.6 percent are black, according to a Williams Institute study in 2014.

Just like any other LGBT organization, though, marriage equality is far from being the only issue that the group fights for. Other issues such as employment discrimination, health, and acceptance by families are pressing issues for the black LGBT community. In addition, the media fails to covers this segment of the LGBT population and its unique struggles.

“To be honest, we had reluctantly taken on the freedom to marry cause. Most of us in the Black LGBT community were more focused on bread-and-butter economic and social justice issues,”wrote Keith Boykin, a former White House aide, on BET.com. “We worried about jobs, health care, access to education, affordable housing, HIV/AIDS and mass incarceration of African-Americans. Even when we turned our attention to LGBT issues, we were often more concerned about job discrimination than marriage equality.”

With African Americans already at a disadvantage, with the community suffering disproportionately from HIV/AIDS infection, unemployment, lack of health care, voting rights, fair housing, and more, adding homophobia and transphobia into the mix just adds to the struggle.

This is where the NBJC steps in.

Currently, the NBJC is working for LGBT protections in employment and housing — not all states have legal protections set up for the community. Also, the agency has created the Emerging Leaders Initiative for young black leaders in the community aged 18 to 30. In the program, they are mentored by older black LGBT leaders and have a chance to voice their opinions and help find solutions in public policy to problems plaguing the black LGBT community. On Black LGBT Emerging Leaders Day, hundreds of black LGBT emerging leaders gather at the White House to brainstorm with government leaders, advocates, and experts in the field.

According to the Department of Health and Human Services, black gay and bisexual men are the most impacted by the HIV/AIDS epidemic. Black people make up about 12 percent of the U.S. population, but 44 percent of new infections are in black people. To help combat this, In 2014, the NBJC launched the Black LGBT Health and Wellness Initiative to hone in on health issues that are impacting the community. NBJC leaders bring a the black LGBT voice to the table when discussing health policy, and they also work to raise awareness and decrease stigma within the community.

“When we talk about LGBT equality, we must acknowledge the cultural challenges and divides that we face as Americans. Black LGBT people cannot separate their blackness from their lived experiences,” Lettman-Hicks said. “The issues that confront black people — like poverty, health disparities and racism — impact black LGBT people even more.”

Originally published in The Mirror.