To some, the world of sexuality is a black and white one, a place where you’re either straight or not. But it’s far from that — the LGBT movement’s symbol has long been the rainbow flag, including shades of varying sexual orientations and identities.

Taking it even further, there are even more ways of expressing sexuality and gender, and for 15 years, it’s been the mission of the Center for Sex Positive Culture in Seattle.

“I personally do not like the word ‘alternative’ sexuality because I think that all of our sexuality is legitimate,” said Allena Gabosch, the executive director. “But for people in areas of sexuality that are not as mainstream… there’s not a lot of space to be that way and be with people that are like you.”

Sex positivity, in short, is the idea that if it’s a sexual lifestyle where all adults involved are consenting — whether for pleasure, an expression or love, or part of spiritual belief — why dismiss it? With its roots in the free love movement of the ‘60s and ‘70s, Gabosch says sexual positivity has since shifted from a sexual revolution to its renaissance today.

When the center was formed in 1999, the executive director had no idea that it would become what it is today. Throughout the month, the center hosts socials and meetings for people who consider themselves to be LGBT, polyamorous and polygamist, kinky, asexual, and a litany of other sexual persuasions. Here, people can learn more about a lifestyle they might be interested in or meet other people like them in a safe place where they’re not odd.

“The sex positive movement affects everyone,” she said. “Those in our community who are LGBT even more so in that sex negativity and sexual shaming seems more prevalent toward those who identify as LGBT.”

Also, while bodice-ripper novels and pulp fiction have been around for decades, the mainstream “50 Shades of Grey” got more people talking about bringing kink into the bedroom… or talking about how they and their partner had already been doing it.

“Young people today are so much more fluid around orientation, around gender, around sexual interest,” Gabosch said. “I’ve been speaking to colleges for 20-plus years and I’ve watched students’ reactions and I’ve listened very carefully to the kinds of questions, and the questions I get now are more well thought out. They’re less reactive, they’re less shamefaced, they’re less fearful.”

How to reignite that spark 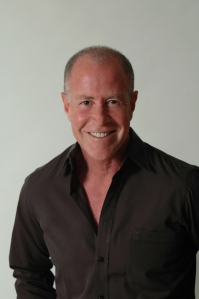 Dr. Arlen Keith Leight, a therapist in Fort Lauderdale, published his book “Sex Happens: The Gay Man’s Guide to Creative Intimacy” in 2013 and since then has narrowed his scope of patients to only gay men and couples. Dr. Leight talked with The Mirror about how to explore and express one’s emotional needs, or creative intimacy — something that can be very scary for some people.

Why is it important for couples to explore creative intimacy?

Men in our society tend to avoid vulnerability, holding back emotions and holding back giving voice to their shifting desires. The result is often sexual disconnection and relational stagnation and breakdown. Creative intimacy is important for couples who want to see their emotional and sexual relationship grow as they grow and change.

Why are so many people reluctant to voice their bedroom fantasies?

There is fear of hurting one’s partner, hurting the relationship and/or being rejected. The idea of sharing fantasies or asking for something new may feel threatening to the status quo. The important thing to realize is that people change over time. If a couple cannot or does not share with the one they love their inner desires and struggles, the relationship is likely to lose its passion and energy.

If a couple is interested in doing something different, how do you suggest they start?

There is a method to the unfolding of new dynamics in a loving relationship. I believe “Sex Happens” outlines that method in a clear, easy-to-read and follow format. The book contains information on how to communicate around these difficult topics, exercises for improving sensual and sexual intimacy, and how to negotiate an open arrangement, bringing in thirds, or seeking individual sexual interests while minimizing risk and actually improving the intimate connection in the primary relationship.

What was your motivation to write this book?

My own personal story as well as the core issues that continuously presented in my practice created the realization that many gay men struggle with the same foundational challenges. Primarily, despite love and commitment to a partner, shifting sexual desires arise. I felt it was important to help men understand the truth about their desire dynamics and present options for confronting the challenges these desires place on loving relationships.

Looking to expand the relationship with your significant other? Allena Gabosch from the Center for Sex Positive Culture in Seattle has some suggestions of where to start.

– Couples interested in incorporating whips, chains, gags, and other toys into the bedroom should look into “The Bottoming Book” and “The Topping Book.”

“They’re really accessible books and they talk a lot about kinky stuff without getting into the really deep, philosophical side of it.”

– For polyamory or opening up your relationship to more people, check out “The Ethical Slut”and “Opening Up.” But remember, it’s not a fixer upper for a struggling relationship.

“If you’re in a relationship that needs help, don’t think polyamory will help you. It won’t. You have to have a good strong base to start something like that, but it can be a really great way to explore new forms of sexuality.”